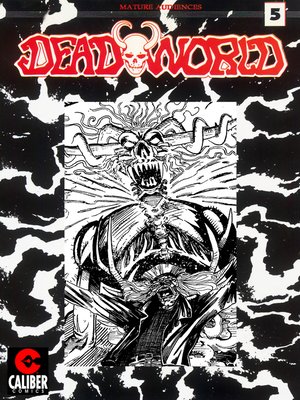 Zombies attack the motorcycle camp where Donna, Joey, Percy and Amy are hold up. Moloch takes charge of his city. And elsewhere a dead body becomes consumed by an energy force. This dead figure stands and it is now controlled by Vamp who seeks revenge against Bowker. The legendary but mysterious figure known as The Dead-Killer arrives on the biker camp scene. "I can't rave enough about this series." - Kenneth Gallant, Broken Frontier