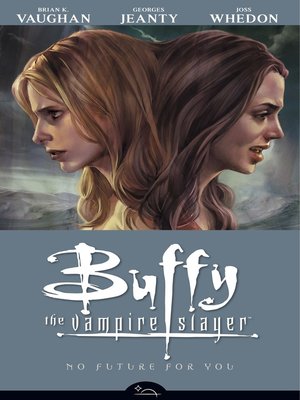 When a rogue debutant Slayer begins to use her power for evil, Giles is forced to recruit the rebellious Faith, who isn't exactly known for her good deeds. Giles offers Faith a clean slate if she can stop this snooty Slayer from wreaking total havoc-that is, if Buffy doesn't beat her to it. Georges Jeanty (The American Way) remains at the top of his game as series artist, and Whedon continues as Executive Producer in this direct follow-up to Season Seven of the smash-hit TV series.

*"The dialogue is Whedonesque and I can hear how the actors would read there lines. It's fun and witty and we're treated to more fantastical stories than the WB/UPN could ever pony up the money to do." -Comic Book Resources Executive produced by Buffy creator Joss Whedon.