ebook ∣ The Brink of Life and Death 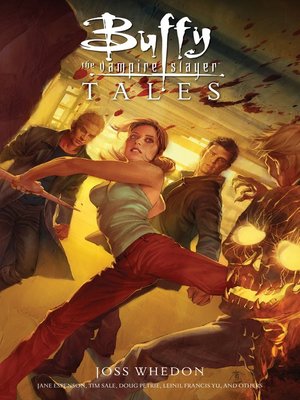 Before Season Eight, Joss Whedon brought generations of Slayers and vampires to comics with the help of his acclaimed TV writing team and some of the best artists to ever grace the comics page. Now all those stories, plus selected stories from Season Eight, are collected in one deluxe collection with a new cover by Jo Chen. Joss writes multiple tales: a somber vamp tale, drawn by Cameron Stewart; the story of the first Slayer, drawn by Leinil Yu; and more. Buffy the Vampire Slayer: Tales also reprints for the first time new Season Eight stories written by novelist Jackie Kessler (Hell's Belles) and awardwinning cartoonist Becky Cloonan (Demo), featuring vampires living in the public eye, killing Slayers and killing each other.