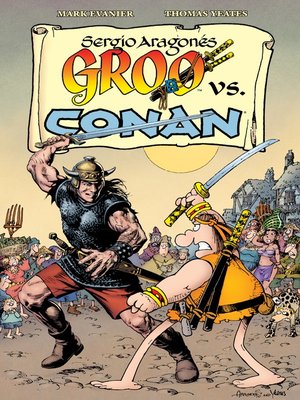 One is a cross-hatched Hyborian from the unforgiving steppes of Cimmeria. The other is a big-nosed buffoon from a land of cartoony chaos. Only in the addled brain of Sergio Aragones could these two mismatched warriors ever cross swords! Thomas Yeates lends his able pen to Mark Evanier's story of worlds colliding, as the indomitable barbarian Conan meets the insufferable birdbrain Groo. An epic crossover centuries in the making! Twice as much brawn as brains! Fantasy comics will never be the same! Collects #1—#4 of the Dark Horse miniseries.