ebook ∣ Day of the Demons · Lone Wolf and Cub 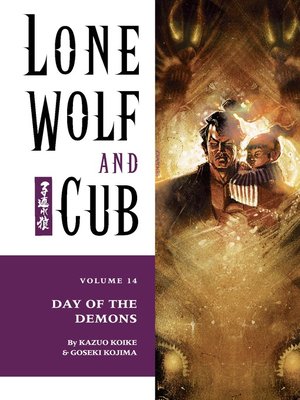 View more libraries...
As the flames draw nearer, the fire gets hotter. Ronin assassin Ogami Itto seeks to learn what's written on the secret messages from the corrupt Yagyu clan to the Shogun, and leaves a river of blood in his path. Elsewhere, a shamed woman attempts to force her husband to name his own child, but his job and honor stand in the way. Daigoro makes a new friend in another samurai fated to seppuku &mdash; ritual suicide &mdash; and defends the honor of a young playmate. The world keeps turning as the Lone Wolf and his Cub wander the land seeking revenge and answers, the questions to which are written in blood and ink.
This volume contains the following stories:
One Rainy Day
O-Shichiri Man
The Kyushu Road
Day of the Demons