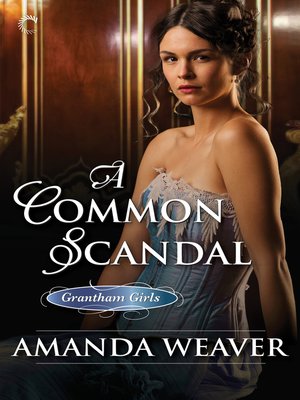 Finishing school taught Amelia Wheeler how to put on a well-mannered performance—when she's not bored and looking for trouble. Lady Grantham's is behind her and now it's time for Amelia to keep her promise to her dying mother: marry a title and leave her wild days behind.That promise would be much easier to keep if Nate Smythe hadn't just reappeared in a London ballroom. The son of an impoverished sailor, Nate—Natty, as he used to be called—has grown up to become handsome, rich and polished. He claims to be looking for a proper bride who can advance his business interests, but that doesn't stop him from seeking out Amelia every chance he gets. Challenging her. Kissing her.Suddenly, struggling against her simmering passion is the least of Amelia's problems—one of her titled suitors is hiding a desperate secret that could stop Amelia from pleasing her parents or finding happiness with Nate. As a weeklong house party threatens to derail her hard-won future, Amelia must decide: fight against disaster or act like the lady she's promised to become?This book is approximately 86,000 wordsBook two of The Grantham Girls