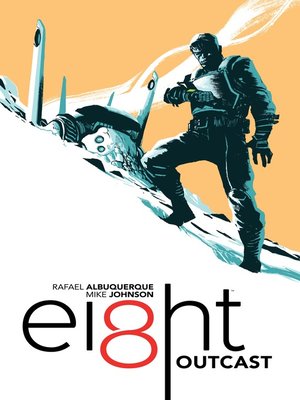 View more libraries...
Welcome to the Meld, an inhospitable dimension in time where Joshua, a chrononaut, finds himself trapped. With no memory or feedback from the team of scientists that sent him, he can't count on anything but his heart and a stranger's voice to guide him to his destiny.
This book collects issues #1-#5 of the thrilling time-traveling adventures created and beautifully rendered by acclaimed artist Rafael Albuquerque (American Vampire) and expertly cowritten by Mike Johnson (Supergirl).
"Rafa's art in this series looks unlike anything else on the stands, and he's bringing a level of visual invention to the story that is stunning. We really want to give readers a setting and characters they've never seen before, and we hope this is just the start of the stories that can be told in this world." - Co-writer Mike Johnson on Ei8ht