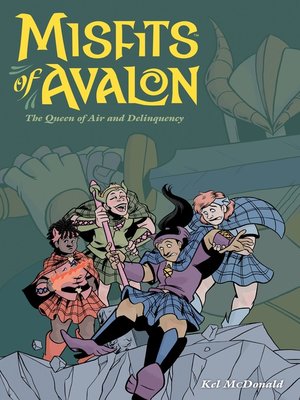 Smart-mouthed, modern-day teens Morgan, Elsie, Kimber, and Rae couldn't be more different. That is, until a mysterious fairy sets them on a harrowing mission. Imbuing them with magical powers, the girls are tasked with capturing the sword Excalibur from King Arthur. But when they fail to retrieve it after a particular tense battle, the girls begin to question if their quest is a noble one . . . Often at odds—the foursome must band together, face their differences, and discover the true power that lies deep within each of them. "McDonald has a real affection for magical-world building, and Misfits of Avalon is steeped in Irish mythology, which she has placed on a collision course with Arthurian legend." —io9