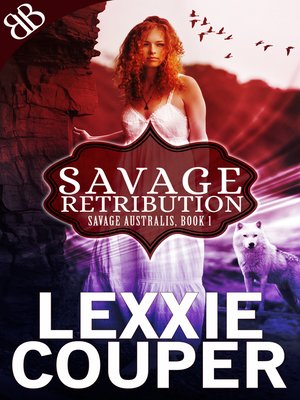 View more libraries...
Re-release.
Discover what happens when an Irish werewolf meets his match in a feisty, female animal rights activist. Savage Retribution from award-winning erotic romance author Lexxie Couper is Book 1 of her Savage Australis series. From animal testing to a war between werewolf clans, this exciting paranormal romance is a thrill ride from start to finish!
An animal rights activist is about to get a crash course in werewolves. One she may not survive.
Lone Irish werewolf Declan O'Connell has lost everything—his family, his clan, even his freedom—to his arch-rival, Nathan Epoc. The head of an underground werewolf clan and a brilliant scientist, Epoc plans to use Declan to create a super-wolf, a creature capable of shifting the balance of power in the lycanthrope world. But Epoc's plans are about to be thwarted.
Regan Thomas, a determined animal rights activist, rescues what she thinks is an ordinary wolf from his notorious animal testing facility in Sydney, Australia. She gets more than she bargained for when the wolf turns into an extremely hunky, extremely naked man who immediately drags her into a world where the clash between two opposing werewolf clans could spell the end of humankind.
Declan has survived without a clan for more years than he cares to remember, but sexy Regan stirs up all his fierce, alpha-wolf instincts. Now Declan has one last chance at revenge. But can he keep Regan alive, and resist the overwhelming attraction between them, long enough to stop Epoc?
Summer in Australia has never been this hot... or this dangerous.
This paranormal thriller contains contemporary new adult themes, a sexy Irish werewolf, adult language and situations, and is not intended for readers under the age of 18. If you're a fan of Australian Outback horror movies, Savage Retribution is a must read!
Previously Published: (2008) Samhain Publishing