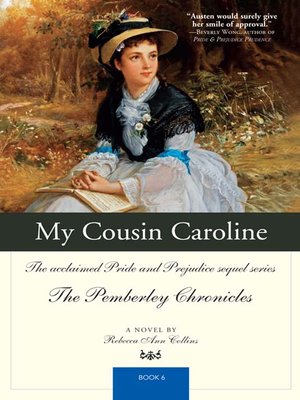 Sixth in the bestselling Jane Austen sequel series from Australia

The daughter of Mr. and Mrs. Gardiner, Caroline develops from a pretty young girl into a woman of intelligence and passion, embodying some of Austen's own values. Mr. Darcy, Elizabeth, Jane, Mr. and Mrs. Bennett, and the Wickhams all move through the story as Caroline falls in love, marries, and raises her children. Caroline rejects the role of a compliant Victorian wife and mother, instead becoming a spirited and outspoken advocate of reformist causes in spite of the danger of scandal.

Caroline's advocacy of reform, undaunted by criticism, demonstrates strength in a time when a woman's role was severely restricted.