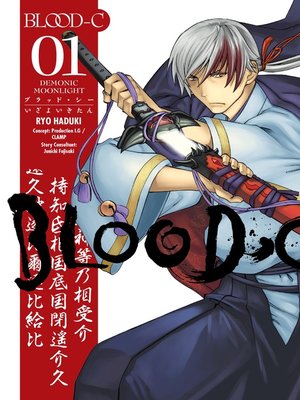 View more libraries...
The prequel to the Blood-C saga from CLAMP, Production I.G, and artist Ryo Haduki! In occupied Japan in 1946, an American military investigator is sent to Yokohama Base to research a number of bizarre deaths. His encounters with a mysterious, sword-wielding stranger and a series of supernatural events lead him to believe that the murderer isn't human. Something more sinister lurks within the shadows! Paying homage to the previous Blood series—but telling a wholly new story—Blood-C: Demonic Moonlight is the prequel fans have been waiting for!
Blood-C draws you in slowly and creates a story that will bring you back for more. Strange happenings and mysterious behavior indicate that something wrong is going on." -Talking Comics