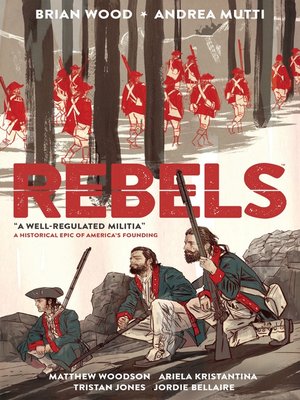 This is 1775. With the War for Independence playing out across the colonies, Seth and Mercy Abbott find their new marriage tested at every turn as the demands of the frontlines and the home front collide. Rebels details the epic story of the colonists who, in a few short, turbulent years, created the nation of America. Collects Rebels #1-#10.