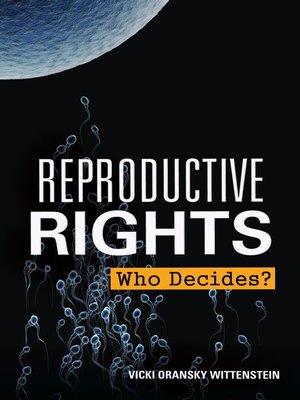 Throughout history, men and women have always found ways to control reproduction. In some ancient societies, people turned to herbs or traditional rituals. Others turned to methods that are still used in the twenty-first century, such as abstinence, condoms, and abortions. Legislating access to birth control, sex education, and abortion is also not new. In 1873 the US Congress made it illegal to mail 'obscene, lewd, or lascivious materials'—including any object designed for contraception or to induce abortion. In some states in the 1900s, it was illegal for Americans to possess, sell, advertise, or even speak about methods of controlling pregnancy. At the beginning of the twentieth century, Margaret Sanger, Mary Ware Dennett, and others began to defy these laws and advocate for the legalization of birth control and for better women's reproductive healthcare. By 1960 doctors had developed the Pill, but it wasn't until 1972 that all US citizens had legal access to birth control. And in the landmark decision Roe v Wade (1973), the US Supreme Court ruled that women had a constitutional right to terminate a pregnancy. Disputes over contraception, sex education, and abortion continue to roil the nation, leading to controversial legal and political rulings and occasionally violence. As society changes—and as new reproductive technologies expand the possibilities for controlling and initiating pregnancy—Americans will continue to debate reproductive rights for all.