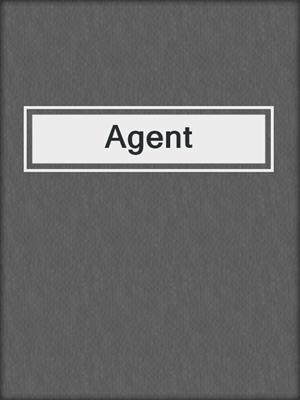 View more libraries...
Return to the farthest reaches of space, where alien drug lords blight the landscape, sex is a reward and a weapon, and assassination is a means to an end. Agent, by award winning sci-fi paranormal author Lexxie Couper, is Book 2 of The Boundaries series. Get ready for another thrilling ride to distant planets where the lines between friend and foe are blurred.
Intel-Patrol Corp agent, Jaienna Ti has gone rogue. Now that she's saved her sister from a life of sexual slavery at the hands of a cruel crime lord, she is fighting a battle of a different kind-one involving her heart and the brooding Boundary Guardian, Zeric Arctos.
Zeric has his own battle. An ancient curse renders him a savage beast unlike any the Boundaries has seen before. Once only anger triggered the change, but now his driving hunger for Jaienna is threatening to set the wolf free. And he doesn't know if he can control it.
When the head of the Intel-Patrol Corp sends an agent out to retrieve Jaienna, the two face a threat more dangerous than any before. Raq Tornada. Violent, tenacious and deadly, Raq is an agent to fear. He's also Jaienna's ex-lover. And he has a score to settle with her.
The Outer Boundaries is a dangerous cesspool of sin, lust and depravity.
And it's about to get wild.
This erotic sci-fi paranormal romance contains wild, explosive sex in space, and is not intended for readers under the age of 18.
Previously Published: (2011) 5x5 Publishing