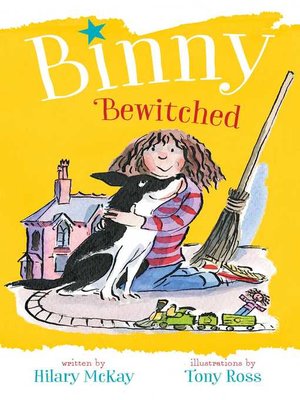 View more libraries...
When Binny finds some money left behind at an ATM—and then loses it—she unleashes an adventure full of "funny, poignant chaos" (The Wall Street Journal).
Binny Cornwallis is not a thief. Or is she? In one greedy moment, she snatches some bills left behind at an ATM. After all it's her mother's birthday, and just think of what she could do with some cash in her never-quite-enough-money household. But of course she has to hide the money—she can't explain it. And in her tiny house, every hiding place is in danger of discovery. After a few tries, Binny hides it so well she can't find it again, even after she decides to give it back!

Now, Binny must team up with her best enemy Gareth, who sets out to play detective and figure out who might have taken the money. Meanwhile the next-door neighbor is doing odd things like presenting Binny with a little doll that looks just like her—with her hand in her pocket, just as Binny's was when she pocketed the cash. Is the witchy neighbor woman putting a spell on Binny?

There's plenty more going on, as Binny's older sister Clem has a secret of her own, and her little brother James is having a kung fu clash with his best friend. Mayhem, love, and laughter run wild in this new hilarious Binny adventure.