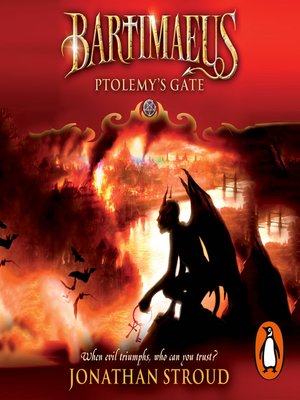 The tremendous climax of the Bartimaeus sequence.

Three years on from the events in The Golem's Eye, the magicians' rule in London is teetering on a knife-edge, with strikes, riots and general unrest. The Prime Minister is largely controlled by two advisers, one of whom is 17-year-old Nathaniel. Meanwhile, living under a false identity, Kitty has been researching djinn; she has come to believe that the only way to destroy the magicians is with an alliance between djinn and ordinary people.

Kitty seeks out Bartimaeus and embarks on a terrifying journey into the djinn's chaotic domain – the Other Place – which no human being has ever survived. But even as she does so, Makepeace engineers a dramatic coup d'etat.

The outcome is a shattering of the magicians' control and all magical laws are turned upside down. Can Bartimaeus, Nathaniel and Kitty settle old scores to prevent the earth's destruction?