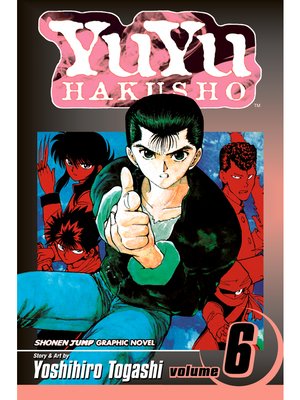 They call themselves the Black Book Club: a consortium of billionaires who gained their wealth and power by dealing with evil demons. One of them has kidnapped a beautiful ice spirit named Yukina, tormenting her for the sake of her priceless crystal tears. Can the law-abiding entities of the Underworld tolerate this depravity? Of course not! That\'s why Yusuke, teenage delinquent and part-time Underworld Detective, has been dispatched to rescue Yukina and break up the Black Book Club.Fighting alongside Yusuke is his friend and rival Kuwabara, who has fallen in love at first sight with Yukina. But if Kuwabara knew her family connections, he might not be so hot for the ice maiden. And Yukina\'s kidnapper isn\'t about to give her up without a fight. To destroy Yusuke and Kuwabara, he\'s hired nothing less than the Brokers of Darkness, demons so powerful that even the Underworld fears them. Yusuke and his friends are about to find themselves in the center of a demonic battle royale... Rated: T