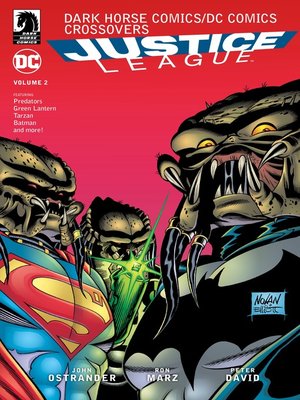 In this collection of DC Comics crossovers, Dark Horse brings never republished material featuring a host of heroes back to fans in a single volume. The JLA take on the most frightening hunters in the universe—the Predators—in adaptive superhero form! Batman teams up with Tarzan to resist the claws of the Catwoman as two orphan heroes protect their own jungles. Kyle Rayner must don the mantle of Green Lantern to turn back the tide of Aliens that Hal Jordan once permitted to live. Super-teens join forces as Spyboy and his friends work alongside Young Justice to defeat nightmarish foes.