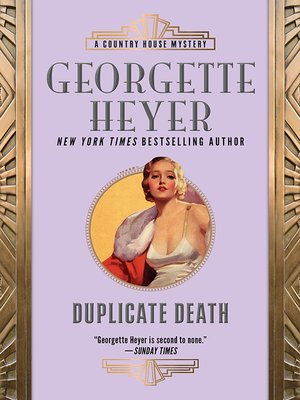 Inspector Hemingway has his work cut out for him when a seemingly civilized game of Duplicate Bridge leads to a double murder. The crimes seem identical, but were they carried out by the same hand? Things become even more complicated when the fiancée of the inspector's young friend Timothy Kane becomes Hemingway's prime suspect. Kane is determined to prove the lady's innocence—but when he begins digging into her past, he finds it's more than a little bit shady...