Blade of the Immortal, Volume 28 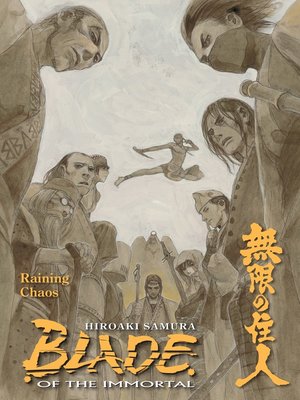 View more libraries...
Another group of suicidal soldiers face off! Heads and limbs fly as the vicious grudge match between desperate rogue Anotsu and disgraced officer Habaki continues! Three weird Rokki-dan thugs catch up to the fleeing Itto-Ryu crew — with unexpected results! Hiroaki Samura's epic manga series nears its final volume, so now's the time to catch up with Manji, Rin, and your favorite battling groups of anachronistic, freakish warriors!

Blade of the Immortal has won many awards across the globe, including the Eisner Award in America, the prestigious Media Arts Award of Japan, and multiple British Eagle Awards.