How Right You Are, Jeeves 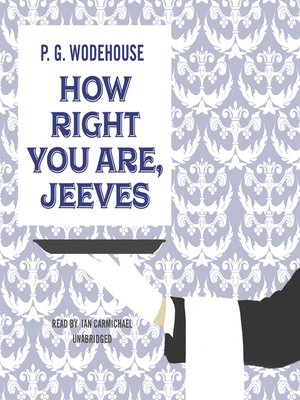 The Times has announced, much to Bertie's astonishment, the news of his engagement to the beautiful Bobbie Wickham. But worse is yet to come... Uncle Tom's antique silver cow-creamer has gone missing. Kipper Herring has learned his and Bertie's former headmaster, leading British psychiatrist Sir Roderick Glossop, is posing as a butler, and Aunt Dahlia's masterly French chef is in trouble. By a rare stroke of genius, Bertie finds a solution to all these problems, which is to recall Jeeves from his annual holiday. The incomparable manservant sorts everybody out in his usual imperturbable style.

This title is also known as Jeeves in the Offing.