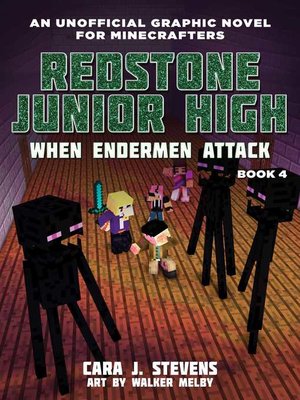 Winter has come to Redstone Junior High once again, and with it comes holiday celebrations, snowball combat practice, and loads of outdoor fun. But even though the threat of Smite and his henchmen has passed, a new, sinister force lurks in the dark hallways of the school. Strange blocks begin to appear in random places throughout the school, and students have been hearing eerie sounds coming from its abandoned corridors. Pixel, Sky, and Umal team up to figure out what's tormenting their school and why.

To make matters worse, Tina and her followers are determined to work against Pixel. What follows is a griefing war that spares no one—not even the teachers or Principal Redstone. As the kids discover more about the lanky creatures who are terrorizing their school, it becomes painfully clear that they must put aside their differences to unite against a common enemy. Will a mob invasion actually bring the students together, or will Redstone Junior High remain haunted forever?