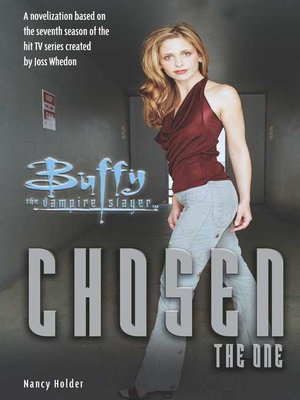 View more libraries...
BIGGEST BADDEST BUFFY OF THEM ALL
The First has come to Sunnydale and set its sights on taking down the Slayer. On the side of the White Hats: Buffy, Xander, Willow, Anya, Dawn, Giles, Spike, Faith, Angel, and an assortment of young, innocent, untried Potentials.
In this season-spanning storyline, Buffy Summers will learn about the primeval origins of her own strength, and have the opportunity to train those would succeed her. And as the forces of evil find their way back to the Hellmouth — where it all began — the Slayer will uncover what being the Chosen One is all about: Power.
"She's laid down her life — literally — to protect the people around her. This girl has died, two times, and she's still standing. You're scared, that's smart. You got questions, you should. But you doubt her motive, you think Buffy is about the kill...then you take the little bus to battle. I've see her heart — this time not literally — and I'll tell you right now she cares more about your lives than you will ever know. You gotta trust her. She's earned it." — Xander, "Dirty Girls"