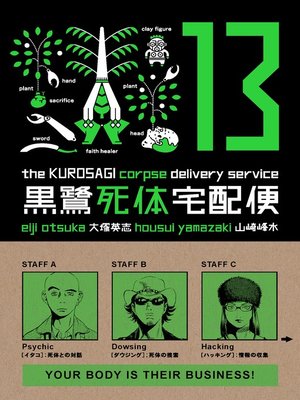 View more libraries...
Old friends and enemies alike return as Sasaki and Karatsu step off the plane from Okinawa—right into a gruesome scheme of zombifacation both traditional and technical, courtesy of the sinister Shirosagi duo! Then, one man's freedom depends on Sasaki, as she's called to serve as a lay judge in Japan's unique trial system . . . and where the pressure is on to reach the “correct” verdict . . .
* Nominated for an Eagle Award.
* Nominated for an Amazon award for outstanding cover design.