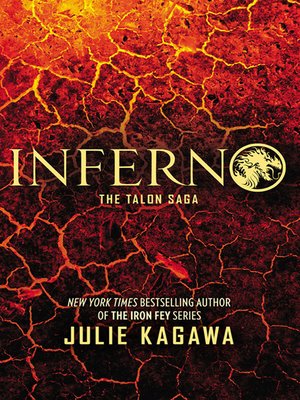 View more libraries...
What if dragons walked among us in human form? Enter a modern fantasy of a heroes, sacrifice, forbidden love, and enemies-turned-allies with no choice but to fight side by side.... Don't miss the epic conclusion as Ember, Riley and Garrett face off against Dante and the Talon dragon clones. Join them...or burn in the final novel of the fiery and unforgettable Talon Saga.


Today, we strike back.
We show Talon that we will never accept their new world.

Ember Hill has learned a shocking truth about herself: she is the blood of the Elder Wyrm, the ancient dragon who leads Talon and who is on the verge of world domination. With the Order of St. George destroyed, Ember, Riley and Garret journey to the Amazon jungle in search of one who might hold the key to take down the Elder Wyrm and Talon. If they can survive the encounter.

Meanwhile, Ember's brother, Dante, will travel to China with a message for the last Eastern dragons: join Talon or die. With the stakes rising and the Elder Wyrm declaring war, time is running out for the rogues and any dragon not allied with Talon.

The final battle approaches. And if Talon is victorious, the world will burn.