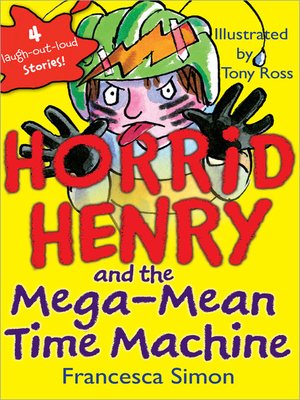 Horrid Henry invents a time machine and promises to send his brother, Perfect Peter, to the future (as soon as Peter puts on one of Mom's dresses). But when Peter gets there, it isn't exactly what he had in mind. In fact, everything looks kind of the same... plus three more out-of-this-world funny stories.