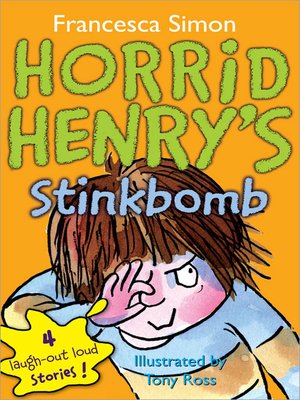 Horrid Henry uses a stinkbomb as a toxic weapon in his war with Moody Margaret; uses all his tricks to win the school reading competition; goes on a sleepover; and has the joy of seeing his teacher in hot water with the principal.