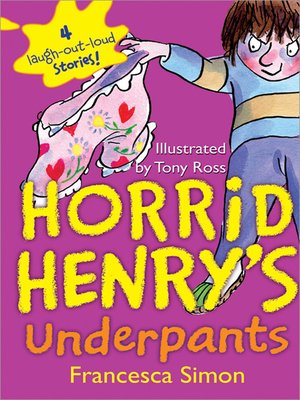 Horrid Henry makes a deal with his parents in return for eating his veggies; accidentally wears girls' underwear to school; tries to prove he is sicker than his brother; and writes the meanest thank-you cards ever (and makes money on it too).