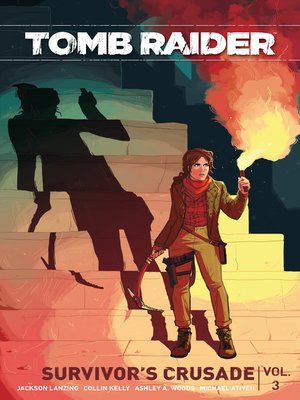 View more libraries...
Lara Croft has unfinished business. After facing Trinity in Siberia, she's more confused than ever about her father's mysterious death. She's been training and following flimsy leads, preparing herself to figure out what really happened to Lord Richard Croft. Now, she's ready to put everything on the line to uncover the truth.
Lara's hunt for any clues about the secretive religious organization Trinity and its connection to her family takes her all over the world, from Thailand, to Italy, to the Mountains of the Moon. But the unique dangers that come with being a Tomb Raider are too much for some of her closest friends to bear, and in her fanatical crusade for answers, will Lara isolate herself from those who could help her the most?
Writers Jackson Lanzing and Collin Kelly (Joyride, Hacktivist) and artist Ashley A. Woods (Ladycastle, Niobe), continue Lara's story after Rise of the Tomb Raider and the previous Dark Horse series! This volume collects issues #1-#4 of the 2017 Dark Horse Comics series Tomb Raider: Crusade.