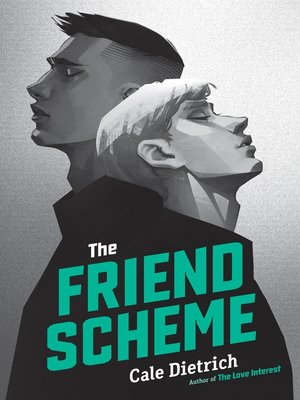 Part thriller, part romance, The Friend Scheme is another twisty #ownvoices YA novel from Cale Dietrich, author of The Love Interest.
Matt's father is a criminal with high hopes that his son will follow in his footsteps. His family is at war with another, and Matt's dad is caught in the crossfire. Matt and his older brother are expected to fight for their family. But deep down Matt has other ambitions—and attractions.
When he meets Jason, Matt believes he might be falling deeper than friendship for the first time. The boys keep their connection a secret, and soon Matt suspects that Jason is part of the family that tried to kill his father. The truth, however, is even more shattering, and Matt must decide if he can ever break free and own who he really is and who he is meant to love.