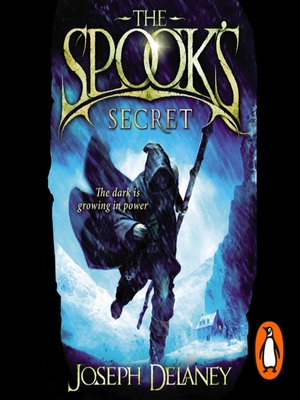 The Spook's Secret is the third book in Joseph Delaney's terrifying Wardstone Chronicles - over 3 million copies sold worldwide!
'It's going to be a long, hard, cruel winter and there couldn't be a worse place to spend it.'
As the nights draw in the Spook decides to travel to his winter house. His apprentice, Tom, hates the desolate place. There are feral witches in the cellar, menacing creatures stirring on the nearby moors and a sinister stranger threatening Tom's master. Is the Spook's past catching up with him? And what dangers will Tom face if his master's secrets are revealed?
© Joseph Delaney 2006 (P) Penguin Audio 2011