You Had Me at Jaguar

ebook ∣ Heart of the Shifter 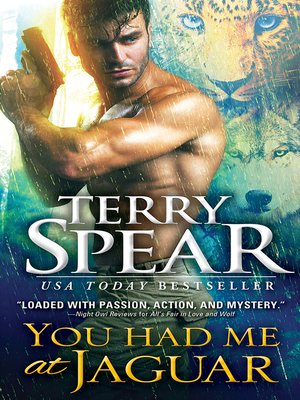 Heart of the Shifter

They're not the only ones on the prowl...but they're the most dangerous... When jaguar shifters Howard Armstrong and Valerie Chambers are trapped in the jungles of Belize, neither of them will come out with their hearts intact.

The United Shifter Force gave jaguar agent Howard Armstrong an impossible task—to protect fierce she-jaguar Valerie Chambers, when the last thing she wants is protecting. They're going international to take down a killer, two shifters unbound and ready to face intense danger. Armstrong is certain he can guard Valerie and keep her from being captured. But guard his heart? He doesn't stand a chance.

"Loaded with passion, action and mystery... Terry Spear is an amazing storyteller." —Night Owl Reviews for All's Fair in Love and Wolf

Heart of the Shifter