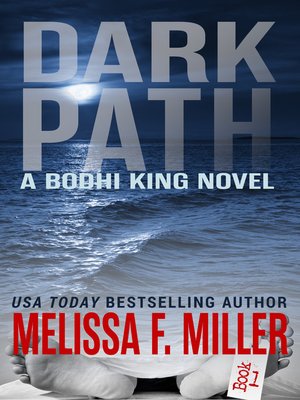 After solving a series of unexplained deaths and exposing a sordid political scandal, Bodhi retreated from the limelight. Permanently, he thought. But now he's called out of early retirement to help investigate a death cluster on a private island in the Florida Keys.

Healthy residents of a ritzy assisted living facility are dying in the middle of the night ... their faces frozen in terror.

Bodhi arrives on Golden Island to find a community gripped by fear. And beneath the surface, conflict simmers, threatening to boil over. The charismatic leader of the Golden Island Church, the dying Cuban-Americans, and the local Catholic priest all have secrets to protect.

It's up to Bodhi to bring the truth to light ... before another resident dies.

What Readers Are Saying:

"[A] very enjoyable read—a forensic thriller crossed with cozy mystery, with a cast of entertaining characters confined in a remote location. ... [I]n Miller's books there are always interesting themes alongside the thrill of a fast-paced plot, and Dark Path is no exception."

"I fervently enjoyed the twists and turns as one by one, the clues to the puzzle are discovered."

"[A]n excellent, tightly woven tale that hooked me quickly and kept me reading until the conclusion."

"Melissa Miller's writing is strong, with good character development, lots of action and a mystery that keeps you guessing until the end."

The We Sisters Three Mystery Series