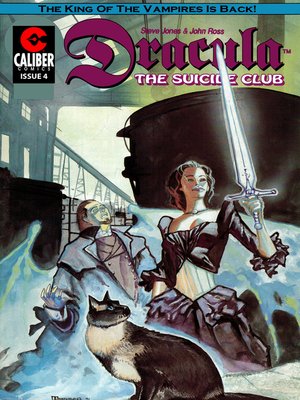 Sequel to Bram Stoker's horror classic Dracula. From awarding winning writer Steven Philip Jones (Sherlock Holmes, H.P. Lovecraft's Worlds) and illustrator John Lowe (DC's Aquaman, Batman, Green Lantern). THIS ISSUE: The soul-shattering secrets behind the Suicide Club are revealed as Scotland Yard Detective Champion Harrison and clairvoyant Dion Fortune challenge Count Dracula and his followers on their own battleground. The final conflict between the forces of goodness and evil is about the begin, and the fate of England and her citizens' souls hang in the balance.