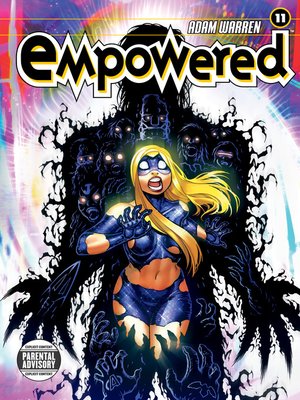 View more libraries...
Costumed crimefighter Empowered finds herself the desperate prey of a maniacal supervillain whose godlike powers have turned an entire city of suprahumans against her.
Not good! Outnumbered and under siege, aided only by a hero's ghost, can Emp survive the relentless onslaught long enough to free her enslaved teammates and loved ones, or is this—*gulp*—The End?
From comics overlord Adam Warren comes Empowered, the acclaimed sexy superhero comedy—except when it isn't, as in this volume's no-nonsense, wall-to-wall brawl guaranteed to bring tears to the eye and fists to the face!