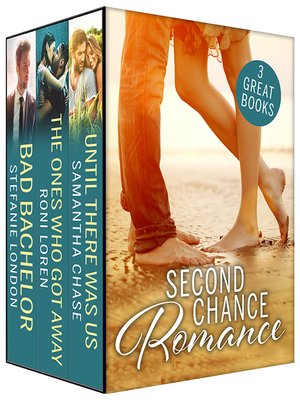 Things might have gone terribly wrong before, but this time around, these characters get a second chance at love...

Until There Was Us by Samantha Chase
Megan Montgomery has always been careful...except that one time she threw caution to the wind and hooked up with a sexy groomsman at her cousin's wedding. But that was two years ago—so why can't she stop thinking about Alex Rebat?

Liv Arias thought she'd never return to Long Acre—until a documentary brings her and the other survivors back home. Suddenly her old flame, Finn Dorsey, is closer than ever, and their attraction is still white-hot.

Bad Bachelor by Stefanie London
Everybody's talking about the hot new app reviewing New York's most eligible bachelors. But why focus on prince charming when you can read the latest dirt on the lowest-ranked "Bad Bachelors"—NYC's most notorious bad boys.

THREE bestselling books in one that will make you believe in love!