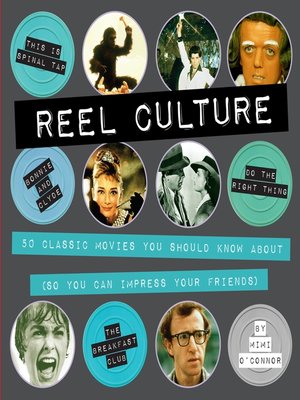 Reel Culture is for the young person who is curious about film history and wants to be the one at the party who knows what Casablanca was about or who made the LBD (little black dress) hot in Breakfast at Tiffany's. From Willy Wonka and the Chocolate Factory to Raiders of the Lost Ark, Reel Culture explores the 50 most influential—yet often unknown to teens—films of the 20th century.