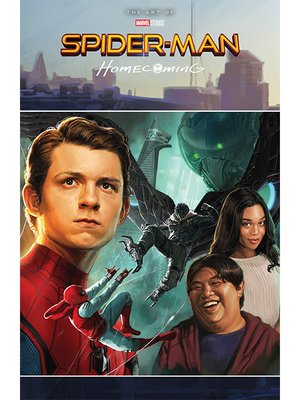 The Art of the Movie

Fresh off the heels of his first adventure with the Avengers in Marvel's Captain America: Civil War, Peter Parker is back in action! With a mentor like Tony Stark - a.k.a. Iron Man - it looks like Spider-Man's about to hit the big time. But New York's newest villain has other plans. Go behind the scenes in this new volume continuing Marvel's popular ART OF THE MOVIE collection! Discover exclusive concept art, production stills and commentary from cast and crew as Marvel Studios and Sony team up to bring Spider-Man into the ever-expanding Marvel Cinematic Universe!

Spider-Man: Homecoming
Copy and paste the code into your website.
New here? Learn how to read digital books for free