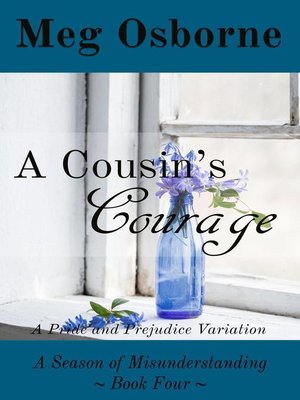 Rushing north with Charles Bingley, Colonel Fitzwilliam can't help but acknowledge the absence of such reckless love in his own life. Poised to make a change, how will this new love survive a trial nobody expected?

Left in London, Elizabeth Bennet's hopes for Jane's wellbeing rest on the shoulders of her absent friends...until Georgiana Darcy arrives with news of Jane and a plan to match her brother and Lizzy once and for all.

A Cousin's Courage is book four in the Season of Misunderstanding series of Pride and Prejudice variation novellas.