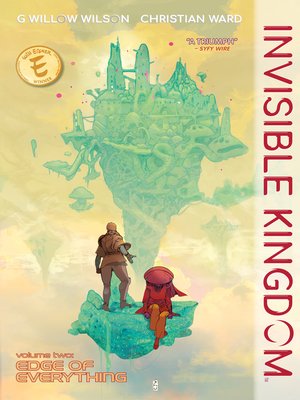 View more libraries...
The explosive aftermath of their shocking discovery has pushed captain Grix and acolyte Vess to the furthest reaches of their solar system.
Once unknowing pawns of the most ubiquitous religion and pervasive mega-corporation, the now-renegade team is alone after revealing to the world that these "enemy" groups are in cahoots—but not for long. And when their crew encounters a group of ruthless spacefaring privateers, they might not be safe for long either.
Volume two of the sweeping sci-fi saga is beautifully crafted by Hugo Award winner G. Willow Wilson (Wonder Woman, Ms. Marvel, acclaimed novelist of The Bird King and Alif the Unseen), and realized through the bold and singular art of Eisner winner Christian Ward (Black Bolt).
Collect Invisible Kingdom #6-#10.