Presidential Elections and Other Cool Facts 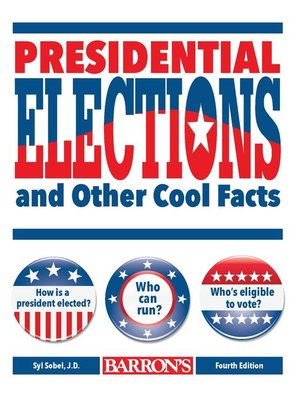 This updated, easy-to-read book about the United States for kids brings history and social studies classes to life as readers learn about important people, places, and events in the history of presidential elections.

Parents, teachers, and gift givers will find information on:

Now is the perfect time to introduce Presidential Elections and Other Cool Facts to young readers. Children will be fascinated by the history they'll find in this book, including riveting facts about everything from George Washington's election in 1789 to Barack Obama's victories in 2008 and 2012.