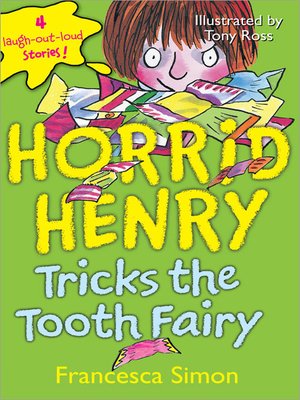 When Perfect Peter's tooth falls out, Henry gets a great idea. He will steal the toth and put it under his own pillow so that the Tooth Fairy gives him the reward instead of Peter. Will the Tooth Fairy fall for it? Plus three other stories so funny they are sure to make your teeth fall out. (Okay, not really...)

FIND OUT MORE ABOUT HORRID HENRY AT JABBERWOCKYKIDS.COM