In the Service of Dragons II

ebook ∣ In the Service of Dragons 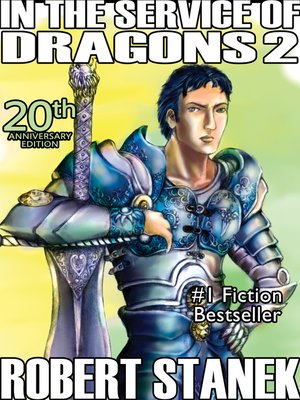 The 20th anniversary edition of the #1 Bestselling series.

"This guarantees fans, and those fans will be ready to wield their swords against the Dark Lord in Stanek's next installment." –VOYA, the leading magazine for YA librarians

Join the more than 5 million people worldwide who have cheered on the Green and Gold banners of Great Kingdom over the past 20 years. The Kingdoms are part of Robert Stanek's Hundred Worlds Universe. Enter the Mists of Ruin and discover a breathtaking world of adventure! In the Service of Dragons is the continuation of Robert Stanek's multilayered epic fantasy adventure for young adults that began with Kingdoms and the Elves of the Reaches. In the Kingdoms and the Elves of the Reaches books, Robert Stanek introduced readers to the story of Ruin Mist, an extraordinary world of magic, adventure, and intrigue. Now in the eagerly awaited follow-up, he once again proves himself a wonderful storyteller with a gift for fast pacing and believable storylines. Already hailed as a classic, Robert Stanek's powerful series has been enjoyed by readers all over the world.