Chrystallia and the Source of Light 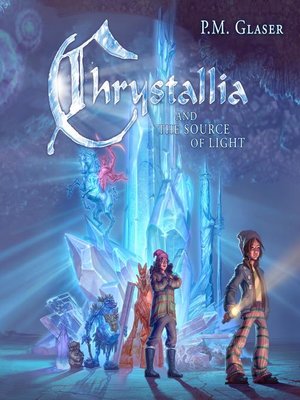 View more libraries...
On the eve of their last Christmas with their dying mom, two squabbling siblings find themselves trapped in a magical underground kingdom where everything and everybody is made of glowing minerals and sparkling crystals infused with light.

With their house about to be foreclosed on, thirteen-year-old Maggie is hurt and angry at being so helpless; she doesn't believe in anything she can't touch or see. Her nine-year-old brother, Jesse, lives in hope; he believes in the need to believe.

On a quest to find the Wizard of Iz beyond the Lands of Magma and the shadow forests of Fossilia, Jesse and Maggie must evade the evil Red and Orange Sapphire princes, the formidable King Beryl the Bloo, and the wrath of the powerful Holy Clear in order to find the source of light and the truth about themselves so they can find their way home.

With the help of the wise and beautiful Princess Amethyst and an unlikely band of crystal creatures, Maggie and Jesse learn that the things that scare them most can waken them to their greatest treasures.

Fantasy Young Adult Fiction
Chrystallia and the Source of Light