The Shadow of the Bell Tower

ebook ∣ The Printer--Episode One 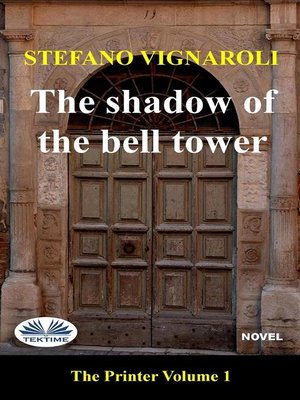 View more libraries...
Year 2017: the young scholar Lucia Balleani, arranging and classifying the texts of the library of the Hoenstaufen Foundation, starts working in the old palace that had been the residence of the noble Baldeschi-Balleani family, of which she is a direct descendant. A series of visions linked to what happened to Lucia Baldeschi, of the same name, will lead the reader to discover with her an interesting story that took place in the same place 500 years before. During the Renaissance Jesi is rich in art and culture and where new and sumptuous palaces are built on the ruins of the ancient Roman city, lives a young countess, Lucia Baldeschi. The girl is the granddaughter of an evil Cardinal, weaver of obscure plots aimed at centralizing both temporal and ecclesiastical power in his own hands. Lucia, a person with a strong intelligence, becomes friend with a printer, Bernardino, with whom she share the passion for the rebirth of the arts, sciences and culture, which are characterizing the period throughout Italy. She will find herself caught between the duty to obey her uncle, who made her grow up and educate her in the palace in the absence of her parents, and the passionate love for Andrea Franciolini, son of the People's Capitan and designated victim of the Cardinal's tyranny. The story is also told through the eyes of Lucia Balleani, a young scholar descendent of the noble family. In 2017, exactly 500 years after the events, she discovered ancient documents in the family palace, and reconstructed the complex history of which traces had been lost.
PUBLISHER: TEKTIME