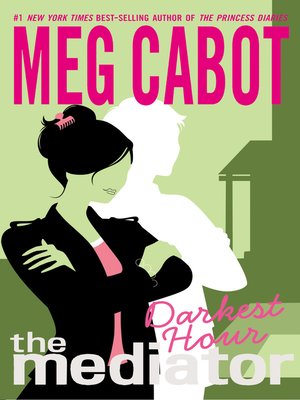 The Darkest Hour is the fourth book in the thrilling, romantic Mediator series, from the New York Times bestselling author of the Princess Diaries, Meg Cabot.

When the nineteenth-century ghost of Maria de Silva wakes her up in the middle of the night, Suze knows this is no ordinary visitation—and not just from the knife at her throat, either. In life, Maria was the fiancée of Jesse—the same Jesse who was murdered 150 years before. The same Jesse Suze is in love with.

Maria threatens Suze: The backyard construction must cease. Suze has a pretty good idea what—or rather, who—Maria doesn't want found. But in solving Jesse's murder, will Suze end up losing him forever?