ebook ∣ Hidden Truths About The White One Gang 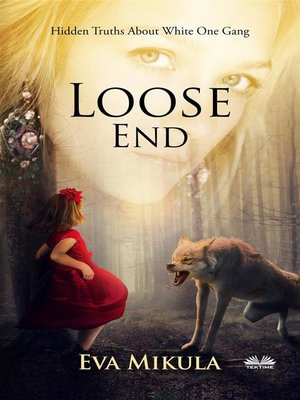 View more libraries...
I thought that writing all my story in a book was the best tool to make Eva Mikula known even to those who believe they already know everything about me. I felt the need to appease my indignation and my anger for a truth never fully revealed by the Italian institutions and for having suffered yet another unjustified attack by those who still, despite my sentences of acquittal, from their privileged seat and after 26 years after the capture of a gang of criminal police, still claims to label me as responsible for all those mourning, uttering only phrases of hatred and contempt towards me, regardless of the effects that they continue to cause on my life. I have been fighting injustice since I was a child, I have to do it even as an adult, mine is a cruel destiny but I have no choice but to face life and my fears.
It was 1991, a girl lost in the woods of life abandons her family. She seeks her way. She still does not know that a year later, it would take her to Italy where she will meet her big bad wolf. Alone, frightened and above all subjugated, she asks for help from a distant friend: "Help me!! There are captive girls, missing girls and cops involved!" Thus it was that the Italian police began to investigate the bad wolves, following the red herring on an alleged human trafficking. Thus begins the story of the true story of the capture of criminals known as "the gang of the white one" who from 1987 to 1994 bloodied the streets of Emilia Romagna and Marche, killing 24 people, injuring 103. It seems incredible that for seven long years the hunters could not find the bad wolves. It took Little Red Riding Hood, the girl from the fairy tale of Charles Perrault and the Brothers Grimm, to show the right way in the dark undergrowth of justice. In fact, the end of the band bears the indelible signature of Eva Mikula, a nineteen year old Hungarian-Romanian girl who for all was the woman of the boss. She challenged dangerous men, unscrupulous killers. She also challenged the power nestled in the buildings which wanted and still wants to teach the truth. Yet it was thanks to her meticulous testimony, rendered thanks to an unshakable memory, that all members of the gang were arrested, putting an end to their criminal enterprises, thus saving other innocent lives. Could it have been her deep knowledge of the truth that actually made her an expendable pawn from that system that first used her and then, in fact, abandoned her? So far, the story of a fact read in the newspapers and heard on TV. But who is Eva Mikula really? What was her life like before the encounter with the ferocious wolf? How did the community reciprocate her gesture that exposed her to grave risk and danger, now more timely than ever awaiting the next end of sentence? In short, has Eva finally come out of the woods? Who knows... maybe by writing this book she will finally free herrself from the stinging brambles and wild beasts that populate the forest.
PUBLISHER: TEKTIME