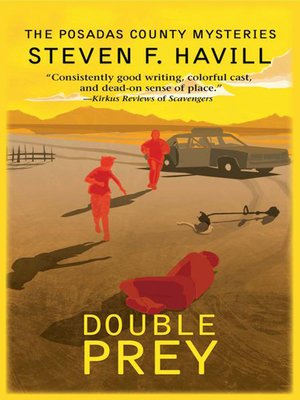 "Havill is a master at using procedural details to expose the complexities of small-town relationships, but he also excels at drawing meaning from landscape." —Booklist

A rattlesnake fang pegged in a teenager's eye is just the beginning of a spring day for Posadas County Undersheriff Estelle Reyes-Guzman. The injured lad's older brother goes missing, and is found dead in an arroyo, apparently killed by his cartwheeling ATV. But most puzzling is what the dead boy found moments before he was killed...an astonishing discovery that takes deputies back to a five-year-old killing. Soon Estelle and the now-retired Bill Gastner find themselves looking for a murderer altogether too close to home.