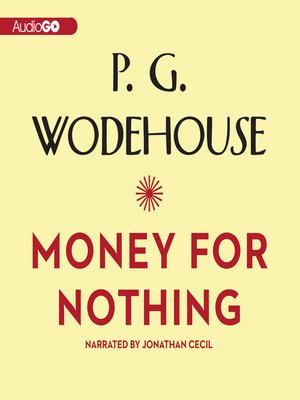 The peaceful slumber of the Worcester village of Rudge-in-the-Vale is about to be rudely disrupted. First there is a bitter feud between peppery Colonel Wyvern and the Squire of Rudge Hall, rich but miserly Lester Carmody. Second, that archvillain Chimp Twist has opened a health farm, and he and Soapy and Dolly Molloy are planning a fake burglary so Lester can diddle his insurance company. After the knockout drops are served, things get a little complicated. But will Lester's nephew, John, win over his true love, Colonel Wyvern's daughter Pat, and restore tranquility to the idyll? It's a close call.