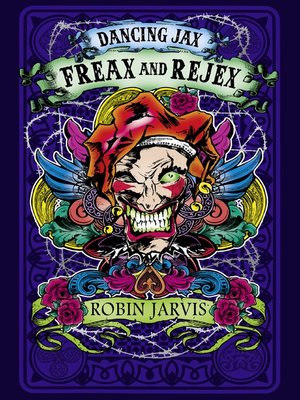 The second novel in the extraordinary, ground-breaking, genre-busting new trilogy from master of fantasy Robin Jarvis

Five months have passed since the publication of the devilish book discovered in Dancing Jax. It is on its ninth reprint and tens of millions of copies have been sold in the UK. The entire country is now under its evil spell.

Yet a tiny percentage of the population have proven to be immune to the words of Austerly Fellows. The number of unaffected children between the ages of 7 and 15 is only 49. With the critical eyes of the rest of the world turned towards Britain, the Ismus decides to send the children for an intensive holiday camp, where they will study the sacred text and learn to embrace it.

But after the holiday is over, the children are told their stay has been extended. A barbed wire fence is put up around the site. And it soon becomes apparent that the place is not a camp and the children are not guests. They are prisoners of war...